Bitcoin is breaking records. Reasons and prospects for the impetuous takeoff

Every modern person knows the term “Bitcoin”. Opinions about the innovative payment network and the new kind of money of the same name, which cannot be touched, vary dramatically. Most are confident that the "fashion" for popularizing Bitcoin will soon pass, but there are also those who are confident in the coin's future, calling the crypto currency the future of the global financial system.

At the beginning of its emergence, Bitcoin set a high bar of value. Gradually, the rate began to decline and interest in the digital currency began to fade. Recently, however, all that has changed.

In early 2021, the world's main crypto currency surprised financial markets with a sharp jump in exchange rates. Nowadays, Bitcoin once again managed to update the historical record: the price of the key crypto currency was fixed at more than 49 thousand U.S. dollars.

What triggered the Bitcoin price spike?

Many believe that this is how the cryptocurrency market reacted to the words of the world-famous entrepreneur, engineer and billionaire Elon Musk. He announced his first investment in Bitcoin.  We're talking about the fact that Tesla, whose CEO and main ideological inspirer, invested in Bitcoin. The amount that invested was $1.5 billion. In the near future, the company plans to accept crypto currency as payment for its products. 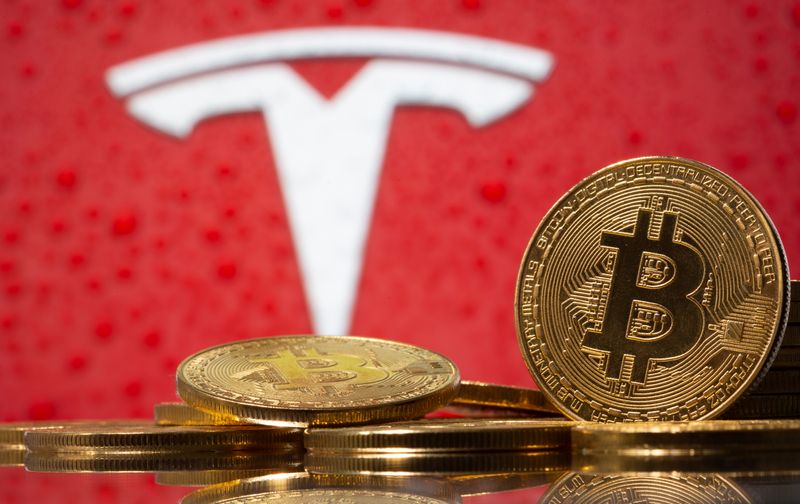 It is possible that continuing at the same pace, Bitcoin can confidently take its place among reserve currencies.

Bitcoin has become almost nine times more expensive in 11 months (since March 2020). According to statistics, at the end of the first week of February 2021, Bitcoin had a market capitalization of $860 billion, almost double the capitalization of JP Morgan, the largest U.S. bank ($427 billion).

Skeptics sometimes draw a parallel between the situation with the price of Bitcoin and the phenomenon of the so-called "tulip fever," which took place in the Netherlands in the 17th century and was a shock to financial markets. Tulip mania was the first stock market bubble in history, the emergence of which was influenced by many social factors. A short-lived burst of frenzied demand for tulip bulbs led to unfortunate results: skyrocketing prices, a burst tulip market, and hundreds of sellers with no profits.

According to Rustam Botashev, an independent blockchain analyst who previously served as chief analyst at crypto investment bank Hash CIB, Bitcoin has become an attractive asset for a number of reasons.

Financial media and Internet resources "gave out" news about the main cryptocurrency along with data about oil, gold and stock indices.

The same reasons influenced traditional assets as well. Stock indexes are rising despite the collapse of GDP indicators, the rise in the unemployment rate in America. For example, the S&P 500 Index is up 16% (2020). The index is up 68% in 11 months .

Institutional investors put their cards on the table

These can all be seen as indirect reasons for the increased demand for the regulated product that gives rise to crypto-assets. Predominantly, bitcoin's rise has been influenced by opinion leaders, i.e., institutional investors, who began actively emphasizing the recognition of this cryptocurrency as a real asset back in the fall of 2020.

Bitcoin was predicted to rise in price:

They backed up their words of support with their own investments.

Interest in Bitcoin will continue to drive the flow of institutional investors into crypto assets. However, this is not evidence of its continued growth. The crypto currency has demonstrated high price sensitivity to the news background, which could turn into serious rate corrections in the future.

Bitcoin's future is still based on predictions and plans. One thing is certain: financial market participants are convinced of the currency's real attractiveness as an asset for investment.

The key value of Bitcoin lies in its idea of digital money. That is, Bitcoin is perceived in its functionality as other real currencies. The only difference is that it is not real, but digital. Such money cannot be touched, it is in its own network (blockchain).

Since its inception, Bitcoin has fulfilled three functions of money:

Proponents of the cryptocurrency believe that Bitcoin will soon become a means of savings not only for individuals or businesses, but also at the state level. Experts do not rule out that Bitcoin will be able to occupy its niche in foreign exchange reserves, acting as a substitute (at least partially) for fiat currencies and gold.

What can help Bitcoin become a means of accumulation?

The arguments in favor of cryptocurrencies are the blockchain properties that set Bitcoin apart from fiat currencies. Namely:

Bitcoin is not controlled by a single center. The rate is controlled by an arrangement of miners (more than a million active Bitcoin miners) who maintain a network...

Completed transactions are not accepted to be altered or banned as this would be a costly decision. The full history of transactions is accessible and stored unchanged.

We are talking about limited, predictable bitcoin issuance. 21 million bitcoins is the maximum number, of which 89% (18,625,000) have already been issued. The current inflation/issue rate of 4.25% will decrease until zero is reached.

Authorities of all countries are concerned about the unmanageability of bitcoin. Central banks oppose the presence in their territories of a currency whose issuance is beyond their control. Nevertheless, reality will soon require a compromise and a choice in favor of the lesser of two evils, i.e. to launch into reserves a currency beyond anyone's control.

What may prevent Bitcoin from becoming a means of accumulation?

However, experts call this phenomenon temporary, expecting it to stop after the speculative influence decreases and the market balances out.

To date, financial markets record a decline in the value of fiat currencies, which may be caused not by the growth of Bitcoin, but by the fall in the value of the dollar.

Attention is focused on China. China has more than $3.3 trillion in foreign exchange reserves, so if China decides to transfer at least 1% of the amount into Bitcoin, the price of this cryptocurrency will change dramatically.

Who are crypto millionaires already

Canadian-Russian programmer, creator of Ethereum cryptocurrency (the second most popular in the world with a capitalization of $123 billion). Owns over 333,000 ether tokens, with a total value of about $360 million.

They are among the first known buyers of Bitcoin and created the cryptocurrency exchange Gemini ($300 million/day transactions).

Bitcoin's unique capabilities are the reason investors are interested. In fact, Bitcoin is only the beginning of blockchain technology development, which hides the real scope of investment opportunities.

PRESTON GAINES is a financial market guru. Has been trading for over 15 years. Has all the necessary knowledge of technical and fundamental analysis, money management. Our specialist knows how to competently manage assets.